Does torque matter? The short answer, absolutely! Most electricians don’t realize that a bolt and nut is not a means for AC Current to flow through. The actual resistance of the bolt is a much higher resistance that the resistance of two sandwiched pieces of copper.

When a bolt is torqued to spec, it firmly applies pressure to the copper, making the resistance lower. Low resistance is good when pertaining to electric. Current flows in the path of least resistance. So if the copper connection is lower than the bolt, all current will go through the copper and not the bolt. That is the purpose. 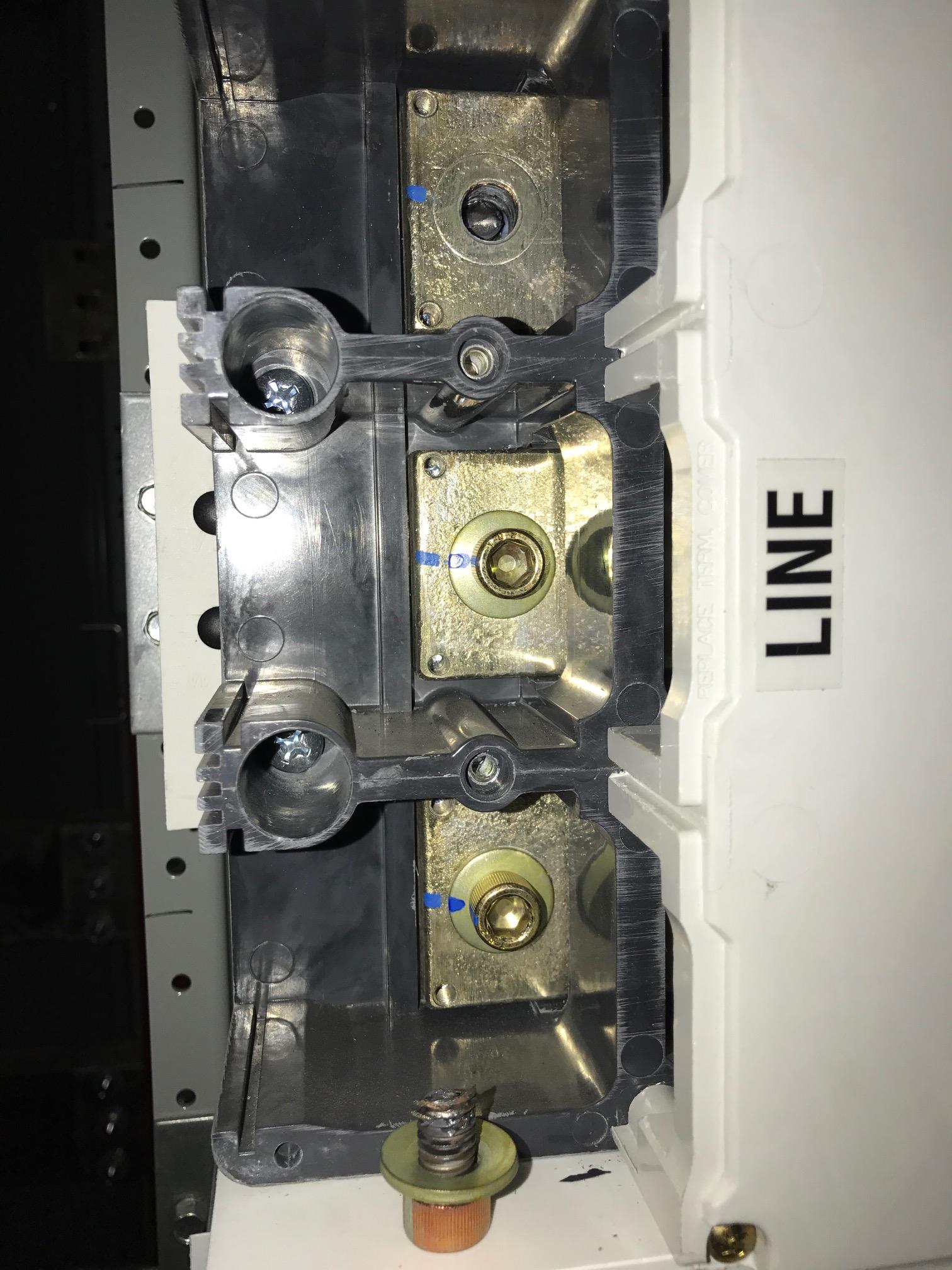 What happens when you over torque? The process of over torquing is one in which you are tightening a nut or bolt head, and stretching the bolt. In the picture above, an over torqued bolt caused the bolt to melt in half while testing.

As seen above, you will notice the threads on the bottom bolt appear narrower than the bolt on the top. This bolt has stretched and essentially become weaker. It also makes a worse connection than a properly torqued bolt. While the bolt may feel tight, it is actually a looser connection which is something that can be measured by a DLRO (Digital Low Resistance Ohmmeter).